ITIL has a Problem 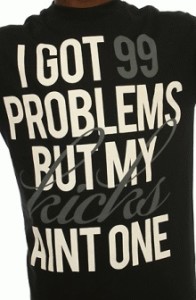 We in the ITIL community have a problem (that is “problem” with a little “p”, not “Problem” with a capitol “P”). The problem is that ITIL has taken the most common word people use when life lets them down, and defined it with a very specific meaning. When speaking aloud, it is hard to differentiate verbally between life’s little problems (with a lowercase “p”), and ITIL specific Problems (with a capitol “P”). That is why when I speak, I very specifically never use the word “problem” unless I am talking about a series of Incidents with similar root cause, or a single significant Incident that is too painful/costly to let happen again. This restriction on one of the more common words in the English language is a problem.

So what words are left? Incident? Service Request? I don’t casually throw around the words incident or service request in my everyday conversation. I mean, really, who does? For most people you talk to, you might as well be speaking Latin.

So I use the word “Issue”. The word “Issue” has not be co-opted by any framework to have a specific definition and can be used in place of the word problem with no loss of meaning or grammatical gymnastics.

You got an issue with that?