The Unwritten Rules of Transferring On-Call Roles Between Team Members 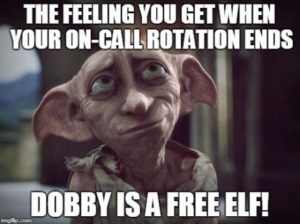 I have been in rotating on-call roles for several decades of my professional IT career. Everywhere I have worked, there have been unwritten rules regarding the transfer of this role between teammates. I’ve recently joined a team that doesn’t seem to have had experience with on-call rotations and doesn’t know these unwritten rules, so I’m writing them down.

Think of it in terms of what the Navy does when transferring the role of Conn to the next shift (this is simplified):

Incoming Conn officer: I am here to take the Conn.

Outgoing Conn officer: There are no issues you need to be aware of. I stand relieved.

Primarily it is for clarity of ownership of the on-call role and to ensure that incoming on-call personnel is aware of any on-going issues.

The reason that it is the responsibility of the incoming person to change the phone forwarding settings is to reduce friction within the team. People in on-call rotations are typically peers. Peers should not be assigning each other work (that’s what bosses are for). If the person in the on-call role sets the phones to forward to the next person without that person’s knowledge, they are in effect giving work to a peer. This breeds bad feelings within the team.

If the on-call person needs to bow out of the on-call role prior to the normal turnover, they can ask for the next person (or backup) to take on the role, but just asking doesn’t automatically mean they can drop the role. The person they ask must positively acknowledge and then the person taking on the role must go through the process of changing the call forwarding and inform the asking person that they have taken the phone. If the next person in the on-call rotation is unable to take the phone, then the on-call person should feel free to reach out to other team members or, if needed, their boss. If no one is available to take on the role, then the current on-call person is stuck with the phone calls coming to them until the normal rotation.

When turning over roles on the weekend, the person taking on the role should be respectful of the person who is leaving the role and take the role at a reasonable work start time (i.e. don’t wait until after noon). If the person takes on the on-call role early (I typically get up around 6am on Saturday and will often transfer the phone when I get up), they shouldn’t immediately notify the previous on-call person. They should wait until 8 or 9 and then notify the previous on-call person that they have taken the phone. Sending a text at 6 in the morning telling the previous on-call that they can sleep in is not doing anyone any favors.

It is a major faux pas if the person taking the on-call role hasn’t transferred the phone by 3pm on a Saturday or Sunday. It is even worse if the person who has been expecting to be relieved has to reach out to the incoming on-call person to ask them what’s up. Again, the outgoing on-call should never just set the phones to forward to someone else. That is the responsibility of the person coming into the role.

There should be pride of ownership of taking the on-call role. That person is, in effect, standing in the line of fire and taking one for the team. Although there is no shame in reaching out for help, there is pride in going above and beyond to ensure that other team members don’t have their evenings or weekend interrupted.